Australia’s largest and most valuable industry is mining, according to Baker Hughes. Organizations in the country are working to decarbonize the nation through research and technological advancements.
#VMAnews 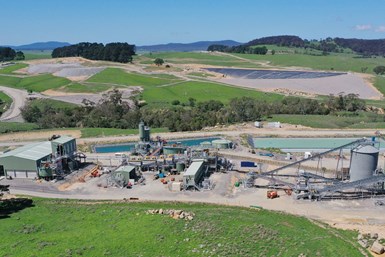 Baker Hughes reports that the mining sector is Australia’s largest and most valuable industry. Mining makes up 11.1% of the nation’s economy, and the resources sector overall holds a 66.4% share of its exports, according to the latest data from the Reserve Bank of Australia.

“The mining industry is very cognizant of the major challenge of climate change, at a global level and domestically,” says Tania Constable, CEO of the Minerals Council of Australia (MCA) when speaking with Baker Hughes. “All our members are committed to the Paris Agreement; last year we launched our Climate Action Plan, and in June we released our first report on emissions abatement from 2019-20.”

CSIRO, Australia’s national scientific research organization, plans to bring together the innovation sector, industry and government to focus on major goals and problems. Warren Flentje, the mission lead for Towards Net Zero, an emerging program supporting emissions commitments across agriculture, industry, energy and resources through science and technology.

According to CSIRO, addressing fugitive emissions, particularly from underground coal mines, is a critical problem to tackle. “CSIRO has a suite of technologies for this problem, known as ventilation air methane or VAM — methane emissions from underground operations,” says Flentje. CSIRO’s VAM technologies reportedly destroy methane, capture it and separate it or use captured methane in a catalytic combustion gas turbine to generate electricity. CSIRO also recently released its CO2 Utilization Roadmap.

Flentje stresses that more carbon-capture storage sites need to be developed in Australia. “It takes time to drill a hole, assess a new storage site and go through all the processes to validate its safety, effectiveness and storage potential and then set up the infrastructure to do it,” he says. “That can take many years and we don’t have enough of those projects coming through the pipeline. There’s been a lot of work on the safety, efficacy and permanence of geologically stored carbon. It works, it’s safe and it can be done at a reasonable cost under the right conditions.”

According to Baker Hughes, Western Australia (WA) is the epicenter of the nation’s mining industry, and it also has an abundance of critical energy minerals, including lithium, cobalt, copper, nickel and rare-earth elements — all essential to new and emerging technologies.

The Mineral Resources Institute of Western Australia (MRIWA), an initiative that promotes and funds research and innovation, aims to move decarbonization of the sector to becoming an opportunity, rather than a cost.

Nicole Roocke, CEO of MRIWA, explains, “The mining companies that operate in Western Australia, especially the international ones, are setting ambitious net-zero targets. Given the size of the operations here and our access to renewables, I get the sense that Western Australia is leading the conversation and demonstrating what’s achievable, and also what the challenges are, because there are some huge ones ahead.”

Roocke adds, “With increased deployment of renewables, some are rethinking whether they continue to operate 24/7 or whether they adjust their mining and process solutions to cope with intermittent power supply. If they want to maintain 24/7, they need to be able to find storage solutions to shift the time between when power is generated and when it’s needed.”