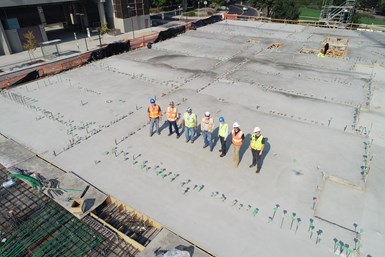 Amid the swirl of discussion around how much should be spent on infrastructure and whether the bill can pass a divided Congress, legislative policy observers have missed a brief, somewhat technical provision with the punch to materially impact U.S. infrastructure policy in an extraordinarily helpful way, reported The Hill on Sept. 29.

The major constraint on most infrastructure is not funding, but permitting—that is, obtaining governmental approval to actually build a project. In hundreds of meetings during our government service at the U.S. Department of Transportation and the White House, the message from governors, mayors and county executives was clear: Additional federal funding is helpful, but providing relief from the government’s byzantine permitting process is critical.

Fortunately, it appears that relief is on the way. Tucked inside the 2,700-page Senate infrastructure bill are 15 pages of legislative text codifying a process—known as One Federal Decision (OFD)—that promises to shorten the permit review process from as much as 10 years to only two years.

One Federal Decision has had bipartisan support. It was developed during the Trump administration and issued as an executive order in 2017 as part of the administration’s overall effort to improve infrastructure development. In 2019, OFD was included by the U.S. Senate Committee on Environment and Public Works in a proposed transportation bill which, while not made into law, was approved unanimously in committee by both sides of the aisle. Given that permit reviews can involve up to 30 statutes, and as many as a dozen departments and agencies, the OFD modifications were essentially commonsense changes to a broken process.

Preceding the development of the OFD framework, studies had suggested that the cumulative impact of six-year permitting delays would impose an estimated $3.7 trillion in additional costs (for roads, rail and bridges alone, the approximated extra cost was $1.65 trillion). Avoiding these costs saves more than the entire cost of the current bipartisan infrastructure bill—savings that could be used for actually building infrastructure projects.

It is also helpful that numerous Cabinet officers had signed a detailed memorandum of understanding to implement the OFD in April 2018. The results over the next two years justified the effort. It has been reported that even during the pandemic in 2020, the improved permitting process enabled more than 130,000 permanent and temporary construction jobs that year, and reduced permit review times by 45 percent, with commensurate economic savings.

A reality of infrastructure policy is that, while the additional funding included in the Senate bill will take years to trickle out to projects across the country, the One Federal Decision process can provide dramatic results in the near term by speeding projects through the permitting process with timely and prompt decisions.