The recent effort to strengthen U.S. self-sufficiency in an era of global value chains represents an intersection between a more confrontational foreign policy stance toward China and a domestic effort to reshore manufacturing. 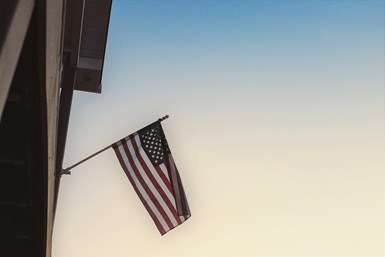 On February 24, 2021, President Biden signed an executive order opting to “create more resilient and secure supply chains for critical and essential goods.” With this order, Biden sought to address weaknesses that were laid bare by the pandemic, including a lack of personal protective equipment manufacturing leaving hospitals unprepared for the spike in COVID-19 cases, reported Thomas Publishing Co. on Sept. 14.

Biden also has picked up where Trump left off, with a variety of sanctions against China around reported human rights issues in Xinjiang and Hong Kong.

In addition to policy considerations, the COVID-19 pandemic, with its supply chain interruptions and spiking freight costs, has accelerated a calculus amongst North American manufacturers to reshore.

The 2021 Thomas State of North American Manufacturing Report revealed that 83% of manufacturers indicated they were “likely” to “extremely likely” to reshore, up from 54% in the 2020 survey. 161,000 jobs have already returned to the U.S. after 1,500 companies decided to seek timely, quality, and newly affordable domestic production.

“The Trump tariffs probably net helped the effort to reshore,” said Harry Moser, president of the Reshoring Initiative. “Trump corporate tax reductions in 2017, the trade war, and then the pandemic all increased the push to be less reliant.”

Moser points out that despite Biden’s interest in reshoring, having a reserve currency, an insufficiently skilled labor force, and no value-added tax is preventing economic incentives that can lead to a larger flow of jobs back into the country.

“Every president says they want to maintain a strong dollar,” Moser said. “Financial markets don’t like it when the dollar gets weaker.”

Looking at both competitors

Other observers offered perspective on China’s own position, including lessons the U.S. might learn from the country.

“China is understandably eager to exert its long history of cultural and economic impact in Asia and other parts of the world,” said Tim Kochis, a member of the board of trustees for The Asia Foundation, an international non-profit organization, and former chair of the Financial Planning Standards Board. “It has many internal problems so the projection of power externally is an offset to those internal weaknesses.”

Deeper understanding of China for America’s own good would be a plus, added Professor Emeritus Richard P. Appelbaum, former MacArthur Foundation chair in Global and International Studies and Sociology at the University of California at Santa Barbara.

“The U.S. needs to learn from China and develop an industrial policy,” he said. “Not only if we hope to compete, but to develop the technologies we and the world need to combat climate change or address pandemics.”