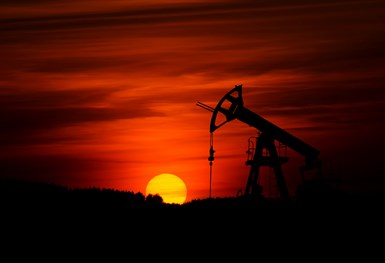 The Biden administration is set to release a major crackdown on oil and gas methane emissions in the coming weeks, but concerns are brewing about how the rule could affect small operators and how much the nation’s leading oil- and gas-producing states may fight the plan, according to E&E News reporting on Sept. 27.

Small oil and gas operators say the coming methane rules from EPA could have an outsize impact on the low-producing wells that are their lifeblood, and trade groups and companies have filed comments with the agency asking for a carve-out to protect those sites.

They argue that EPA lacks adequate emissions data for low-producing wells, while environmental groups say the so-called stripper wells are a serious emissions problem and need to be regulated.

The forthcoming rules are also expected to be received differently in states like Texas and North Dakota, where efforts to cut methane have largely been voluntary. That contrasts to states like Colorado and New Mexico, where Gov. Michelle Lujan Grisham (D) has tasked state agencies to craft what would be the tightest methane controls in the nation.

While lawsuits over the regulations are all but inevitable, some industry officials also say that the context of the debate has changed. They are advocating for specific protections that will give parts of the industry breathing room, instead of denying that climate change is happening or that there is a need to address it.

“I don’t hear anyone making those comments anymore,” Jason Modglin, president of the Texas Alliance of Energy Producers, said in an interview.

Methane, the primary component of natural gas, has more than 80 times the warming power of carbon dioxide over a 20-year time span, and EPA’s closely anticipated plan will cover new and existing oil and gas infrastructure. The draft rules—which are under review at the White House—would strengthen federal methane regulations issued in 2016 that apply only to wells, processing plants and other facilities that were built or modified after 2015. The first-of-a-kind proposal for older sources would apply to most U.S. oil and gas infrastructure.

The pending regulations for those older sites are aimed at the roughly 900,000 existing wells in the U.S. that have largely avoided federal methane oversight. The biggest change for owners of those pre-2015 wells is that they would likely be required to do periodic leak inspections and repair any problems.

Many of the largest producers support the idea. The Oil and Gas Climate Initiative, which represents several of the supermajor producers, including Exxon Mobil Corp., Chevron Corp. and BP PLC, has said its members are already cutting down on leaks from their own operations.

And earlier this month, OGCI’s members committed to achieving net-zero emissions “from operations under their control,” or Scope 1 and Scope 2 emissions.

Still, the Environmental Defense Fund (EDF), which has paid for a series of analyses at oil and gas wells in the Permian Basin, said the sprawling oil field continues to be a major source of methane despite the industry’s efforts to cut down on emissions.

The group’s most recent aerial surveys in August detected 900 plumes coming from more than 500 sources. Of those, at least 50 were large leaks of more than a ton per hour.

EDF has previously said that about 10 percent of the flares used to burn natural gas in the oil field are either unlit or malfunctioning, leaking raw gas into the atmosphere.

Those marginal wells have been a thorny problem. Many of them are operated by small businesses, and they’ve argued to state regulators that new regulations would make the wells uneconomical.

Nationwide, there are 770,000 wells that produce fewer than 15 barrels a day—the definition of a stripper well—and they’re spread among about 15,000 companies.