The survey of practicing engineers found that 88% of respondents now use 3D printing/additive manufacturing in some way, and the technology is increasingly being used for the production of finished parts. 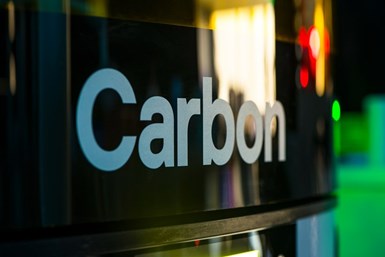 A new Carbon and ASME report finds that 3D printing has become an increasingly integral technology in the development of plastic parts and products for production use.

Carbon and the American Society of Mechanical Engineers (ASME) announced the findings from a survey which found that the 3D printing process has become an increasingly integral technology in the development of plastic parts and products for production use.

The ASME survey of practicing engineers involved in the design or development of plastic parts found that 88% of respondents now use 3D printing/additive manufacturing in some way. And the technology, previously best known for its use in creating prototypes, is increasingly being used for the production of finished parts. About 40% of respondents said they now use additive manufacturing to produce products.

The report, “Additive Manufacturing/3D Printing Adoption from Prototype to Production,” includes findings that the technology has secured footholds broadly across industries and that its growing adoption is based on three categories of attributes: its speed, flexibility in timing and design and cost-efficiency. In various ways, digitally-driven product development is making major inroads into industries and manufacturing processes long dominated by two older methods that are less flexible and tend to be more capital intensive: milling and injection molding.

“Additive manufacturing is being broadly implemented in many varied industries, and is having an incredible impact on the supply chain and manufacturing across the world,” said Phil DeSimone, cofounder and chief product & business development officer at Carbon. “We have seen OEMs embrace 3D printing as a strategic advantage to develop better products and bring them to market in less time. Advances in materials, software and hardware are making it possible for these companies to design products, validate market fit and move to production faster and with better results."

Other key findings from the report include: